For hi-res photos and more go to the Contact page.

“Get Ready is the Reveler’s second collection of original material and it finds the group ready, willing, and able to rock the house. The Revelers’ brand of [Louisiana] music is a masterful mix of Cajun, zydeco, and ‘50s inflected swamp rock, featuring all new compositions that capture the spirit and drive of their stylistic origins, and it is presented by a band of musicians playing at the top of their game.” – Ed Whitelock. Read the entire review here.

Additional Press for the GRAMMY nominated Get Ready

There has to be at least one band in the country that reveres the past and is unafraid about dragging it into the future. Mark down the Revelers as that band, musicians who aren’t afraid of mixing up accordion, fiddles, saxophones and guitars. Sometimes the greasiest gumbo can also be the best, as anyone within earshot of this mess will attest. Bon ton all night long. Read the entire review here.

“From the opening resolution-pleading strains of Blake Miller’s trebly accordion, this is special… These songs and hooks will burrow their way into your subconscious and be your nagging earworms for days on end. ★★★★” – David Innes, R2 Rock’n’Reel (UK) July 2013
Read the entire article here

“If you’ve ever been nagged by the feeling that all Cajun and zydeco music was starting to sound a bit too much like the same old thing, The Revelers will toss that notion back on your ears. This is Louisiana-bred party music sustained by the sonorous signature of its native milieu, but perked up by an injection of contemporary pop, rock and R&B. ★★★★” – Doug Loach, Songlines magazine (UK) June 2013

In many ways an eastern USA version of Los Lobos with their very own style… excellent lead singing and tremendous harmonies… musicianship is of the highest order… dominated by the sheer joy of playing these songs together… virtually defines ‘good time music!’ – Mike Morrison, AmericanRootsUK.com

The quintet’s own album, The Revelers, signals its intentions by reviving three swamp-pop classics: Tommy McLain’s “Jukebox Songs,” Jewel & the Rubies’ “Kidnapper” and McLain’s “I’m Glad for Your Sake (But I’m Sorry for Mine).” The swamp-pop genre is best defined as Cajuns doing Fats Domino songs, and the Revelers capture both halves of that equation perfectly. More impressively, they’ve written eight brand-new swamp-pop songs that boast the same syncopated beat and ear-candy hooks as their models. More impressively still, half of those new songs are sung in French, something the original swamp-pop movement rarely did.

A song like Blake Miller’s “J’Avais l’Habitude” is so punchy and catchy that it proves conclusively how well rock ’n’ roll can work in the French language. Roll over, Beethoven, and tell Francois Hollande the news…. 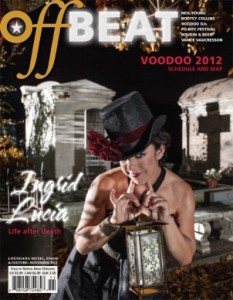 Whaddya do when your bread-and-butter band slows down due to a crazy little thing called life? Form another one. That’s what most of the Red Stick Ramblers did by forming alter ego band the Revelers for something totally different. Buy on iTunesBuy on AmazonThe U.K.’s Kent Records’ out-of-printLafayette Soul Show anthology provided inspiration for how more South Louisiana dance music can always be unearthed, in addition to being the source of Jewell & the Rubies’ overlooked “Kidnapper.” “I’m Glad for Your Sake (But I’m Sorry for Mine)” is another such gem, with drummer Glen Fields turning in a terrific performance as an emotive crooner. Swamp pop has a strong presence here but it’s not always your classic power horns, heavy keyboard-pounding variety — instead often an acoustic-centric one with bluesy fiddles, jazz-tinged guitars and a Tex-Mex sounding accordion.

A healthy amount of original material is showcased here, eight tracks’ worth written by four writers. Accordionist Blake Miller finds it easier to write in his adopted French than his native English and adds a refreshing spin to the Cajun canon with four tuneful originals that throttle and swing like crazy. Guitarist Chas Justus tosses in a couple more that are complete opposites, the soul poppy “If You Ain’t Got Love” and the western swing-styled “Blues Take a Holiday” that features such creative lines as “the rules of love are so amendable / that’s why the blues are so dependable.” A delightful debut.

Language barriers can make it a helluva hard time to really understand a music, so it’s no surprise that most reviewers and music writers think of Cajun music as being something separate than country music. If you listen to the lyrics though, Cajun music is as country as they come. All these old Cajun songs that people think are based on some medieval French ballad are really mostly just made up of phrases about lost women and lost men. Whether they’re lost to the oilfields of East Texas, or lost to the arms of another man, Cajun music is made for drinking beer and trying to forget your latest breakup… by reveling in it. That’s not where new Cajun outfit The Revelers draw their name from, but it could be. Cajuns love to revel in their own culture, and thank god for that.
The Revelers are drawn from the ranks of the Red Stick Ramblers, one of the best young Cajun bands around. But the Ramblers are known as much for pushing the envelope, bringing swing and jazz into the music with a ferocity that’s made them the darlings of roots music festivals everywhere. Now these members of the Ramblers have put together a true Cajun country band in The Revelers. Sure, the accordion rides front and center, and sure most of the songs are in Cajun French, but the first and last thing you hear is the country twang and swamp-pop sizzle of Southwest Louisiana.

The Revelers are coming out of a red-hot scene around Lafayette, Lousiana. A scene known not just for awesome bands (Feufollet, The Givers, Pine Leaf Boys, Cajun Country Revival, Lost Bayou Ramblers) but also for cutting-edge community arts work. Glenn Fields, the Revelers’ drummer, organizes the much-buzzed about Black Pot Festival, a model for community-based roots music festivals. Seems like everyone I know these days is asking “Are you going to Black Pot this year?” And it’s not like the rest of the US hasn’t noticed this scene. Anthony Bourdain recently made the trip out to Southwest Louisiana to take part in a boucherie (hog butchering party) with Linzay Young and Joel Savoy, and the big news here is that The Red Stick Ramblers were just added to the cast of HBO’s New Orleans epic “Treme” as recurring characters. Why is this scene so hot? Because the musicians involved are massively talented and totally committed to making music for fun, rather than for profit. A lot of people could learn from this example. 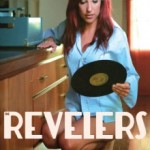 But back to the album. The Revelers debut full-length is just a hell of a good time. They’re a tight band, featuring two fiddlers: Daniel Coolik and Blake Miller (who also plays accordion throughout), with guitarist Chas Justus and bassist Eric Frey, plus drummer Glenn Fields. They play a wide spread of traditional and original songs, and interestingly nearly every band member contributes a song. Opening track “Des Fois” by Miller is a great example of Cajun country music. It’s a remarkable well written song, and big thanks to the digital liner notes for translating the French. “Je me lève dans le matin aves des larmes aux yeux des fois/Des larmes aux yeux quand même je voudrais sourir/Un cigarette et un whiskey me fait sentir mieux/Je crois cette vie va me fair mourir” (I wake up in the morning with tears in my eyes sometimes/Tears in my eyes even though I want to smile/A cigarette and whiskey makes me feel a little better/I believe this life is gonna kill me”). The next two tracks, “If You Ain’t Got Love” and “Cry for You” sound like 70s country, with just the right kind of rhinestone bling. They’re in English too, a relative rarity for the new breed of Cajun musicians. The Revelers also channel some good old-fashioned rock ‘n’ roll, and by old-fashioned, I mean closer to rockabilly than Springsteen. “Kidnapper” is a killer rocker from Jewell and the Rubies, and “Jukebox Blues” is vintage swamp pop from Louisiana songwriter Tommy McLain. Of course, traditional Cajun music pops in, with the great Dennis McGee fiddle tune “Wang Wang Blues” and the classic “La Valse de Cadiens.” Really the songs are as eclectic as they can be, but all are anchored by the unflinching fiddle/accordion chore of Cajun music, and by a remarkable amount of tasty twang.

If you want a litmus test for what’s going on in SW Louisiana these days, try out The Revelers. They’re paving a new path with their old school take on Cajun and Country music.